Nighthawk’s Wing, the latest by Charles Fergus, is now available for pre-order: 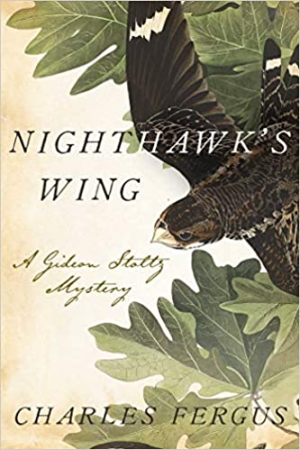 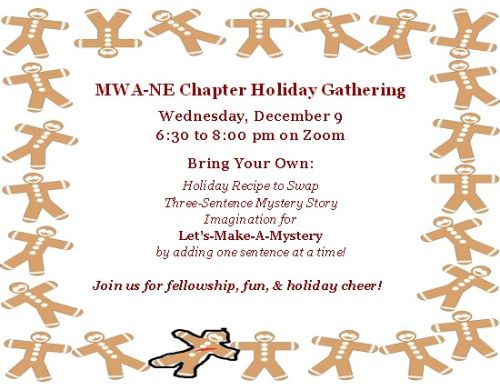 “Which Casino?,” a solve-it-yourself mini-mystery by Arthur Vidro, appears (without solution) in the November 2020 issue of Mystery Weekly Magazine. The solution will appear in the December issue.

Jason Allison will take attendees through two investigations and illustrate how difficult it can be to get from what you know to what you can prove.

Jason Allison spent twenty years with the New York City Police Department, retiring in 2018 with the rank of Detective Second Grade. He worked in a South Bronx Detective Squad and the NYPD/ATF Joint Robbery Task Force, SPARTA, where he was designated a Special United States Marshal. In his career he investigated homicides, shootings, violent street gangs and high-end robbery crews. Familiar with both the New York State and Federal legal systems, he was the primary detective on a long term case that would eventually serve as the blueprint for the Department’s targeted prosecution of criminal organizations.

Jason has written two novels deemed unpublishable by the literary world, and is currently finishing his third.

Conversation begins at 6:30.
The meeting proper begins at 7.

If you are not a member of Mystery Writers of America, New England, and would like to attend, please send an email to info@mwane.org

Dr. Magnani, Professor of Anatomic and Clinical Pathology (and Professor of Medicine) at Tufts University School of Medicine, Boston MA is internationally recognized for her expertise in clinical chemistry and toxicology.  She obtained her Master of Science and Ph.D. at Stony Brook University in New York, and her medical degree from Boston University. Dr. Magnani completed her residency training in Clinical Pathology at New England Medical Center. During her career Dr. Magnani has received three Outstanding Speaker Awards from the Association for Clinical Chemistry (AACC), as well as a Recognition Award for Significant Service from the Massachusetts Poison Control Systems in Boston. In addition Dr. Magnani received the 2012 Outstanding Communicator Award, the 2014 Distinguished Patient Care Award, and the 2014 Gene and Jean Herbek Humanitarian Award from the College of American Pathologists (CAP)/CAP Foundation, the leading organization for board-certified pathologists. Dr. Magnani also received the Distinguished Career in Teaching Award from the Tufts University School of Medicine in 2019.  She has been named a Top Doctor in Boston magazine and has received recognition from Castle Connelly for Exceptional Women in Medicine.  Dr. Magnani was also named as one of the Top 100 Most Influential Laboratory Medicine Professionals in the World by The Pathologist.

Dr. Magnani has served as the member-at-large of the TDM and Toxicology Division of the AACC, and as an editor of Clinical and Forensic Toxicology News.  She also served as a member of the Council on Scientific Affairs for the CAP, and is the Chair of the CAP Toxicology Resource Committee.

Dr. Magnani is the author of Lily Robinson and the Art of Secret Poisoning (nVision Press), as well as one of the editors of The Clinical Toxicology Laboratory: Contemporary Practice of Poisoning Evaluation, 2nd edition (AACC Press), and Clinical Toxicology Testing: A Guide for Laboratory Professionals, 2nd edition (CAP Press).  Her novel, The Queen of All Poisons was released in June of 2019 with a portion of the proceeds going to the CAP Foundation to help with free screening for breast and cervical cancer.

Join the Zoom meeting and hear what our members have been up to so far this summer.

Read something published or still in process. Please limit yourself to about 500 words (about two pages double spaced, one page single-spaced, and three pages printed with crayon).

Send an email to newsletter@mwane.org if you are interested in attending, and I will send you a link. Include the title of what you’ll be reading from if you’re interested in reading. 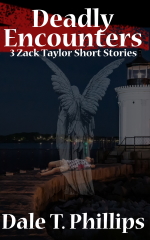 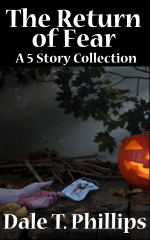 MWA-NE is going to host member readings on Wednesday, July 29. Join the Zoom meeting and hear what our members have been up to so far this summer.

Read something published or still in process. Please limit yourself to about 500 words (about two pages double spaced, one page single-spaced, and three pages printed with crayon).

Send an email to newsletter@mwane.org if you are interested in attending, and I will send you a link.  Include the title of what you’ll be reading from if you’re interested in reading.

There are no upcoming events at this time.